Our mission is to build exceptional workplaces by delivering creative solutions and consistently exceeding our clients’ expectations.

Gattuso Development Partners is a developer of exceptional, sustainable high performance workplaces. We recognize that the right work environment is the most critical asset a business can offer to attract, retain and inspire its employees and promote long term success.

Our success is easy to see. The Gattuso team has played a key role in reshaping the Philadelphia skyline and revitalizing its urban landscape. Sharing a history as leaders of the urban development group at Liberty Property Trust, our work represents more than $3 billion of development on projects like the extraordinary Comcast Technology Center and the Comcast Center, in Center City, Philadelphia. Our work includes the redevelopment of the Philadelphia Navy Yard, considered the most successful redevelopment of a former military facility anywhere in the country; the Camden Waterfront; and more than 50 office/flex buildings across the nation.

Today Gattuso is committed to building upon this legacy to develop new and creative work environments that reimagine the workplace for our clients.

We believe a successful project is a cooperative venture that capitalizes on our proven ability to: 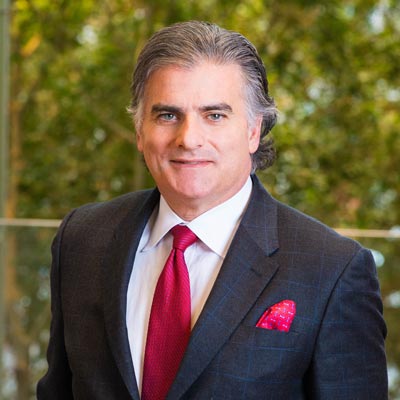 Through his visionary work as the leader of Liberty’s urban development team, John Gattuso has changed the face of Philadelphia’s skyline and helped the city to reimagine its limitless possibilities.

The Comcast Technology Center, the Comcast Center, the ongoing redevelopment of the Philadelphia Navy Yard and the Camden Waterfront; all of these iconic projects were developed under John’s guidance during his 30-year tenure at Liberty Property Trust, one of the nation’s largest real estate investment trusts.

During that time, John was responsible for the development of over 50 projects in Philadelphia and across the nation, representing almost $3 billion in investment. His projects include the TJX Distribution center in Northeast Philadelphia, recognized as a “Smart Growth” development by the Sierra Club; the Plaza at PPL Center in Allentown; and the spectacular Comcast Center that became Comcast’s international headquarters upon completion in 2008, both recipients of the Urban Land Institute’s Award of Excellence.

His most recent work consists of the 1,121’ tall, 1.8 million square foot Comcast Technology Center which features a five-star Four Seasons Hotel, the tallest hotel in North America; as well as the new waterfront headquarters for American Water.

In addition, John serves as the President of the Fairmount Park Conservancy; and serves as a board member of the Center City District. A graduate of Washington University in St. Louis, John and his family live in the greater Philadelphia region. 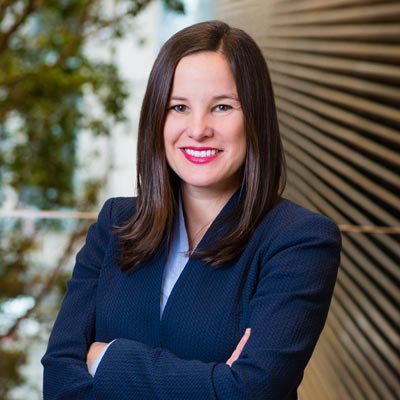 Through her dynamic career in development, Anne Cummins has established a proven track record of bringing visionary concepts into reality. Anne Cummins is Chief Operating Officer of Gattuso Development Partners.

As Vice President, Leasing and Development for Liberty Property Trust, one of the nation’s largest real estate investment trusts, she led the ground-up, game-changing development at The Camden Waterfront, the initial phase of which represented $500 million of development within three years.

Anne was directly responsible for developing the American Water headquarters building on the Delaware River, as well as the Adaptimmune North American headquarters building, a purpose-built CAR-T immunotherapy lab and office building, at The Navy Yard in Philadelphia. During her 12-year tenure at Liberty, Anne guided hundreds of companies towards maximizing the benefit of their most critical asset – office space - to attract, retain and inspire their employees and promote long term success.

She started her career as a developer for The DeMutis Group, the company leading the revitalization of downtown Phoenixville, Pennsylvania, a former steel town recognized by Forbes, The Philadelphia Inquirer and Philadelphia Magazine for its uniquely successful redevelopment.

In addition, Anne serves as the incoming Chair for Mission Advancement of ULI Philadelphia and is on the board of the Phoenixville Area Economic Development Corporation. Anne earned an MBA from the University of Pennsylvania’s Wharton School, with a concentration in Real Estate. She received her BA in International Relations and French from Bucknell University. She resides with her husband and two sons in Phoenixville, Pennsylvania. 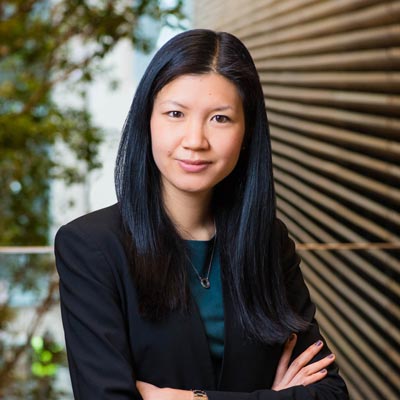 Janice Wong’s work has been centered on the visioning and creation of sustainable, high-quality, and thoughtfully designed urban environments.

Before joining Gattuso Development Partners, Janice served as the Director of Real Estate Development & Leasing for Liberty Property Trust. At Liberty, Janice managed the evaluation of new commercial urban development and redevelopment opportunities valued from $25 million to $500 million. She coordinated the extensive due diligence & entitlements process and managed the master planning efforts for 21 acres of land on the Camden Waterfront in New Jersey. Thereafter, Janice helped lead the execution of the $101 million, LEED Platinum-certified American Water Headquarters, a 222,300 square-foot built-to-suit office facility on the Camden Waterfront.

Before joining Liberty, Janice worked as an architect for SUH Architects in Seoul, South Korea. During this period, she was the design consultant lead for the 500,000 square-foot Hyundai Motors of America Headquarters in Fountain Valley, California, which was completed in 2013. Before that, Janice worked for KPMB Architects in Toronto where she collaborated on the design and construction of the 161,500 square-foot Rotman School of Management expansion for the University of Toronto.

Janice holds an MBA with a concentration in Real Estate from the University of Pennsylvania’s Wharton School, and Architecture degrees from McGill University and the University of Southern California. She is a licensed architect as well as a LEED and WELL Accredited Professional.

Currently, Janice serves as the Chair of the Board of Directors of Habitat for Humanity Philadelphia. 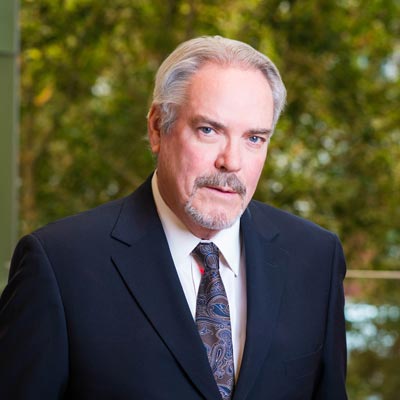 From Seattle to Saudi Arabia with multiple stops in between, John G. Spitz brings to Gattuso Development Partners an international reputation for excellence in commercial project management and construction. A veteran of two tours with Liberty Property Trust, where he served until recently as Senior Director of Development and Construction, John has vast experience in contract negotiations, scheduling, estimating, value engineering, project programing, and project/construction management that he earned in the successful construction of multiple high-profile projects around the world.

From 2009-2016, John was the Senior Vice President and Regional Manager for Hill International’s operations in Bahrain and the Kingdom of Saudi Arabia, where he managed over $40 billion in construction projects. In this capacity, John oversaw the dramatic expansion of Hill International’s Middle Eastern workforce, growing its staff from 37 to 385 employees. During his tenure, John also led the company’s efforts to train and mentor in-country engineers, and he served as a guest lecturer at project sites throughout the Middle East and in Turkey.

Before joining Hill, John was Vice President of Construction and Development for Liberty, one of the nation’s largest real estate investment trusts, where he led the team responsible for the construction of all Philadelphia projects, including the award-winning Comcast Center, the signature 975-foot tall, 1.25 million square-foot office tower that became Comcast’s international headquarters upon its completion in 2009. Before that, John was Vice President of Design and Construction for the Arden Group, where he managed the design and development of various luxury commercial projects, including the Ritz-Carlton Hotel in Center City Philadelphia. 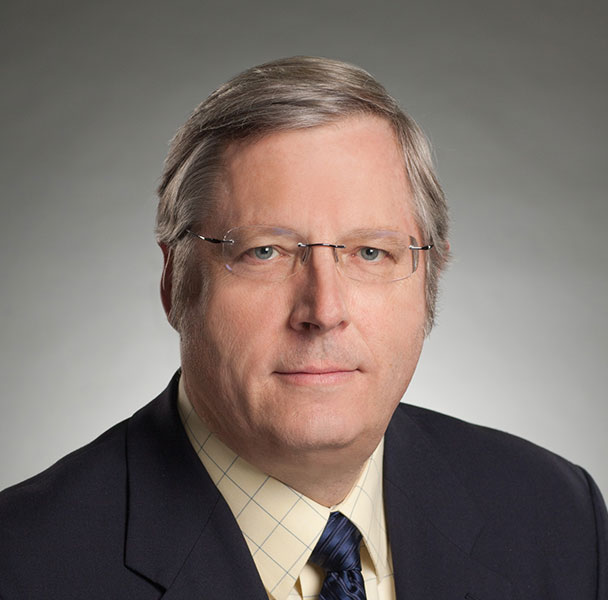 A veteran commercial real estate professional with expert knowledge of the regional marketplace, Fred Dougherty is Vice President for Property Management, where he oversees the firm’s property management and building operations activities.

Before joining Gattuso, Fred worked for 22 years at Liberty Property Trust, where he served as Vice President for Philadelphia Urban Development; and before that, as Vice President for Portfolio Technology. While at Liberty, Fred managed the technology design integration and construction project management of the Comcast Technology Center in Center City. In this role he oversaw the integration of the Center’s core and shell as well as the dazzling new rooftop Four Seasons Hotel. A long-time advocate of high-performance building and sustainability programs, Fred focused on the application of advanced technology, telecommunications, and energy management to enhance the occupant experience, improve operational best practices, and increase property net operating income. He is known throughout the industry for his highly effective property, leasing, and construction project management skills and his sophisticated analytical and financial planning knowledge.

In his earlier role at Liberty, Fred managed site license and service partnership agreements for Liberty’s national real estate portfolio, effectively developing competitive technology advantages with lower costs. Before that, he was a Vice President and Mid-Atlantic Regional Manager for Boston-based Leggat McCall Properties. Throughout his career, Fred has been recognized for his skill in developing and implementing plans to maximize the tenant experience and achieve outstanding tenant retention rates.

Fred is a Licensed Pennsylvania Real Estate Broker and Certified Appraiser. He has a Bachelor’s Degree from Hobart College in Geneva New York, along with extensive post-graduate real estate continuing education activities and credits. Originally from New England, Fred and his family make their home in suburban Philadelphia. 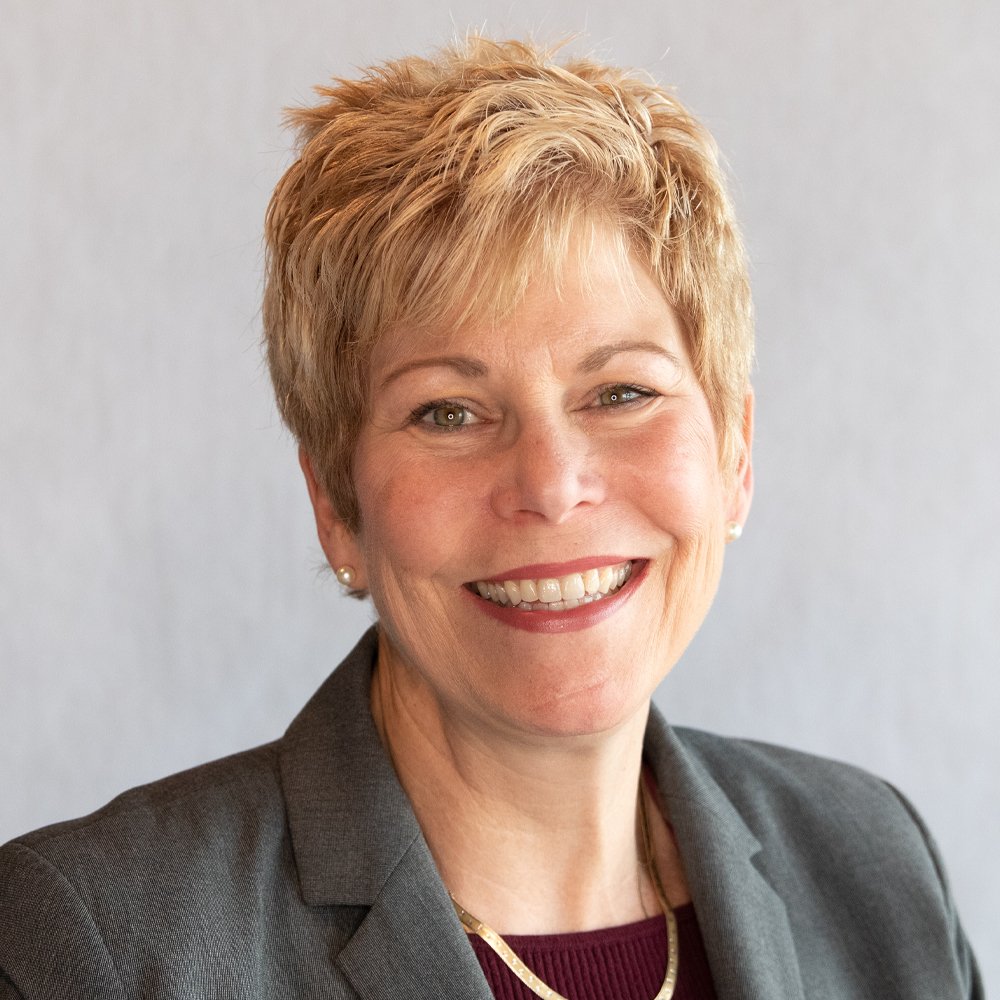 Kathy Kiczula is Vice President of Gattuso Development Partners, where she oversees the firm’s accounting and fiscal reporting functions.

Kathy is a CPA with more than 30 years of experience, almost all of which was served at Liberty Property Trust. Kathy began at Liberty in 1986 as a Senior Accountant, and then served as a Property Controller, where she oversaw financial accounting and reporting for a portfolio of approximately 10 million sq. ft. of properties. In 2000, Kathy was promoted to Vice President and Regional Controller for Liberty, where she developed and implemented financial systems, policies, and controls for various markets in Liberty’s portfolio which included the Comcast Center and the new Comcast Technology Center.

Kathy holds an MBA in Finance from Temple University and a BS in Accounting from Shippensburg University. She resides in King of Prussia, Pennsylvania with her husband and two daughters. 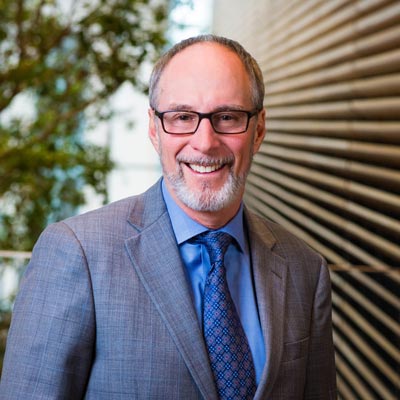 Over a distinguished career spanning more than three decades, Jim Lutz has built an international reputation as a developer of world-class sustainable buildings and communities. Before joining Gattuso Development Partners, Jim was Senior Vice President for Development at Liberty Property Trust, one of the world’s largest real estate investment trusts. At Liberty, Jim was responsible for all of the company’s new developments in its 20 markets, averaging more than $700 million annually in development.

Among his accomplishments, Jim created and grew Liberty’s England office, living in the U.K. with his family while developing a 1,000-acre sustainable mixed-use community known as Kings Hill. Its growth over two decades has received national recognition as one of the best places in the U.K. to work, live and raise a family, owing primarily to its excellent mix of public parks, playgrounds, woodland walks, cycle paths, and sports facilities.

Jim’s commitment to creating high-performance sustainable environments resulted in the development of more than 90 LEED buildings, a collection that totals more than 22 million square feet of LEED projects valued at over $2.2 billion. 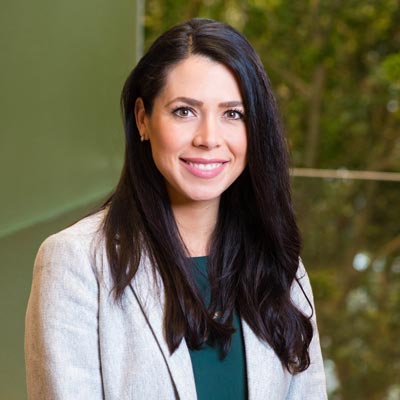 Jennifer Bonser is Director of Operations and Administration for Gattuso Development Partners. After spending nearly a decade working with Liberty Property Trust’s urban development team, Jennifer understands what it takes to manage the expectations of first rate clients, while effectively running business operations.

Jennifer is responsible for all back office operations within Gattuso Development Partners, some of which include: accounting procedures, insurance coverage, human resources management, and administration governance.

To view our latest work, please visit our projects page.